Snowboarder Ellie Weiler Back on the Slopes After Knee Surgery 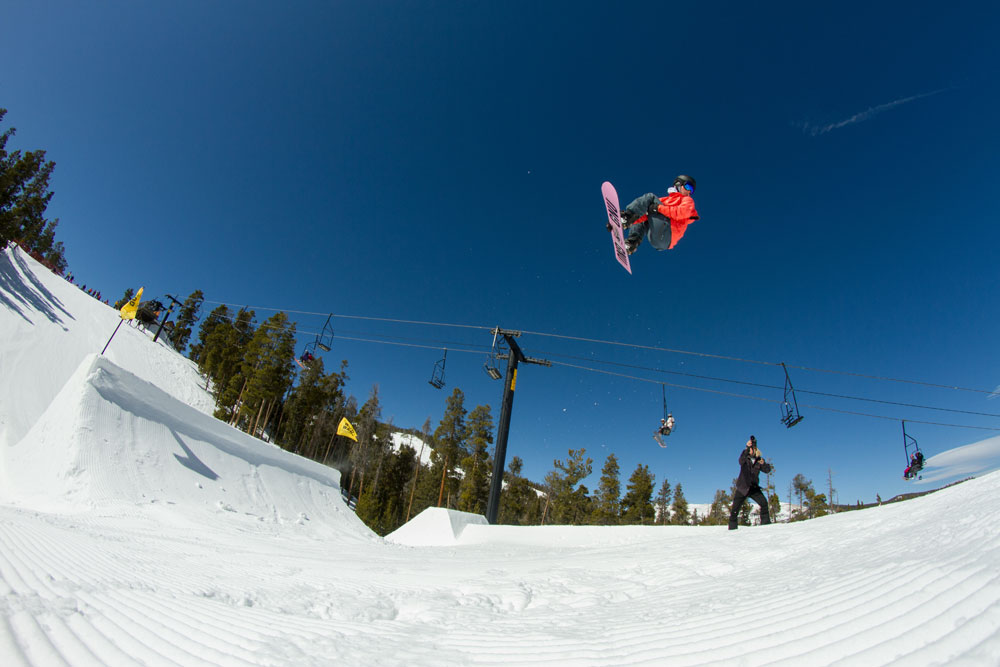 Ellie Weiler began snowboarding at the age of seven. As her love for the sport grew, she began to focus on slopestyle. “In 2015, I joined Team Summit, a program for student-athletes who pursue competitive skiing and snowboarding,” said Ellie. “Living in Denver, I was a weekend warrior at first, but as my interest for the sport grew, I transferred to Summit High School and was committed to the program full-time, training five days a week on the mountain.”

For the 2018 – 2019 season, at the age of 16, Ellie competed in slopestyle at a series of events called the U.S. Revolution Tour. In February, during her first practice run at Seven Springs Resort in Pennsylvania, Ellie landed her first jump and knew something was not right with her right knee. “I was able to ride down, but my knee was swollen and I was unable to fully bend my knee.” The symptoms subsided and Ellie took a practice run the next day. Feeling well enough, Ellie decided to compete just two days after the initial incident and took second place in competition.

Ellie continued to compete for the rest of the season, taking third place at the Mammoth Mountain competition. “I was seeing improvement in the range of motion in my knee, so I felt like my knee was getting better. To help reduce the pain, I started riding switch on my snowboard.” After USASA Nationals in April, Ellie decided to go in to get her knee checked out. Vail Summit Orthopaedics & Neurosurgery is a partner with Team Summit, so Ellie and her parents made an appointment. “I thought my knee just needed to be drained to reduce the swelling.”

During her appointment, she saw Dr. Dorf who suggested she get an MRI just to rule out any major injuries. “I was at school waiting for the text from my dad regarding the results of my MRI. When I found out that I had a torn ACL and a medial meniscus tear, I was completely shocked and devastated. I grew up playing soccer and ACL tears are a common injury among female soccer athletes. I knew so many soccer teammates who suffered an ACL injury and I never thought this would happen to me snowboarding.”

Dr. Dorf directed Ellie to knee specialist Dr. Cunningham. Ellie had a consultation appointment with Dr. Cunningham. Ellie’s mother, Lara Weiler, said, “Dr. Cunningham was very straight forward with us. He was very clear about what to expect during this process–he did not sugar coat anything. He really took the time to answer all of our questions.”

On April 30, 2019, Ellie had ACL reconstruction surgery using a quadriceps tendon autograft and a medial meniscus repair. Surgery went smoothly. “After surgery, the pain level was not bad. The anesthesia and pain medication made me nauseous, so I was just on ibuprofen post-surgery.”

Two days after surgery, Ellie began physical therapy. “I had rehabbed my ankle back in January for a previous injury, so it was nice to work with physical therapists who already knew me. Physical therapy was tough. At first it was so hard to bend my knee 45 degrees. I kept working at it, and eventually I was able to fully bend my knee. Some of the big milestones for me were running for the first time, and then eventually jumping.” In addition to physical therapy, Ellie also worked with a trainer to get her body strong again. 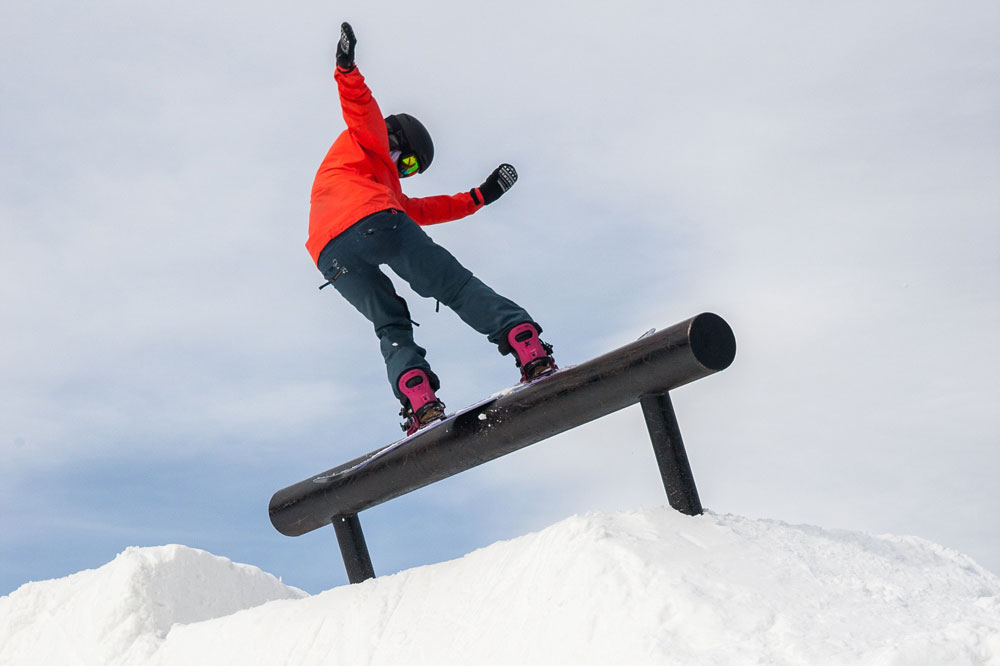 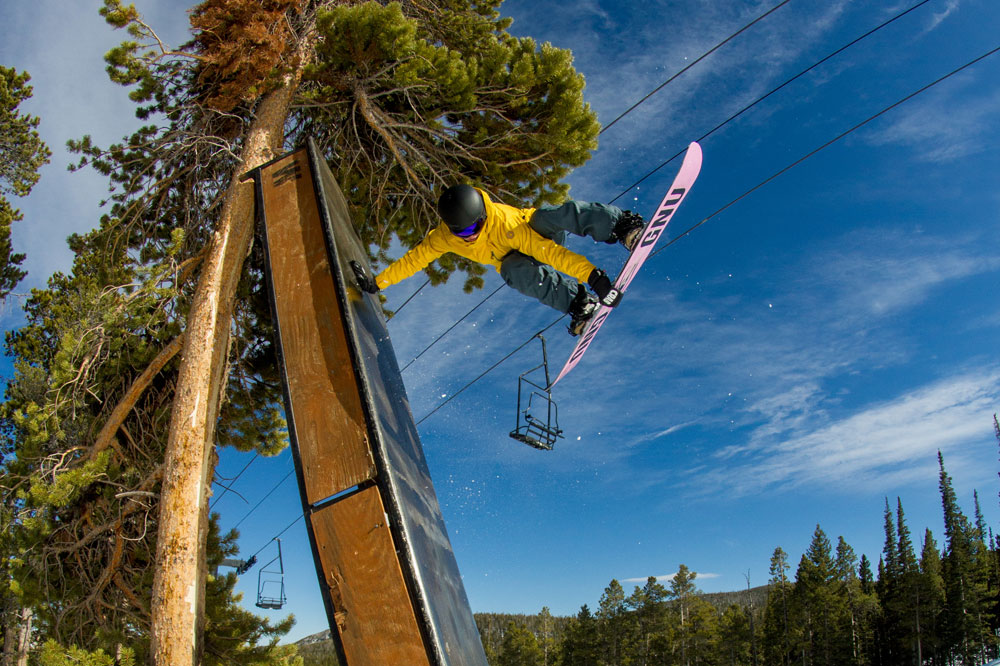 On December 31, 2019, 8 months post-surgery, Ellie was cleared by Dr. Cunningham to get back on snow. “I was very excited to get cleared to go back on snow, but I was very limited in what I could do. At that time, it was the middle of the season for slopestyle competition. It was tough to hear my teammates talk about the new tricks they were learning. I felt like I still had a long way to go.”

To ensure Ellie was 100% ready for competition, she and her coaches decided to bypass the 2019 – 2020 season. Ellie’s mother said, “I think taking off the competition season took a lot of pressure off Ellie to fully focus on getting strong again.” On January 28, 2020 Ellie was cleared to do medium jumps, and by February 4th, she was completely cleared to do full jumps during training. At 10 months post-surgery, Ellie said, “My knee feels surprisingly good. Doing the high impact jumps and tricks that I do in slopestyle, it is so important to have 100% confidence in my knee. I am still working hard on regaining full strength in my quadricep and hamstring.”

Lara said, “For any parents out there going through this with one of your kids, be patient. Listen to the doctor and ask questions. Being on the same page as the doctor and following the prescribed protocol is so important. Be encouraging, and don’t forget to celebrate the milestones!”

Ellie said, “I would tell other patients who are going through a similar experience that I know it feels like such a long process, especially that 6 month mark, but in the grand scheme of life it is such a short time. The hard work you put in now will pay off later.”

Ellie is continuing to get stronger each day. She plans to compete in snowboard slopestyle in the 2020 – 2021 season.