Back to Ski Racing After ACL Reconstruction & Meniscus Surgery

Cora Jackson started skiing at age 2. By age 9 she was competing in alpine skiing for Team Summit. “My favorite thing about ski racing is the fact that it has assisted me in the discovery of myself,” said Cora. “While it constantly challenges me to find my limits, ski racing allows me to reflect upon my actions to become a more successful and well-rounded person.”

Five years after she started competing, Cora was gearing up for the 2019 – 2020 race season. During a training session at Copper Mountain in November, Cora went down mid-run. She ended up in the course netting. “The initial fall was a bit deceiving for me,” said Cora. “I really didn’t think I had a serious injury because there was very little pain in my knee. When I was able to stand up I realized that I was completely unable to put any weight on my right leg.”

Copper Mountain Ski Patrol put Cora in a sled and got her safely down the mountain. She was taken directly to Vail-Summit Orthopedics & Neurosurgery (VSON) Urgent Care in Frisco, Colorado. Once there, she saw Dr. Cunningham’s Physician Assistant, Chad Ford, who performed the initial exam on Cora’s knee. Chad determined that she may have torn one of the ligaments in her knee. Cora received x-ray imaging and an MRI to help determine the exact diagnosis.

A few days after imaging, Cora went to VSON in Vail where she met with Dr. Cunningham. “At my appointment, Dr. Cunningham confirmed that I completely tore my ACL, partially tore my MCL, and had two meniscus tears. I was completely shocked. I thought my injury was something much more minor and I really didn’t take the initial diagnosis very well.”

After the diagnosis, Dr. Cunningham outlined the recovery plan to get Cora back to ski racing after a complex knee injury. “Once Dr. Cunningham detailed the full recovery plan, I felt a lot better. His goal was clear: he wanted to get me back to ski racing, and since that was my goal too I felt a lot more at ease and ready to take on this process.”

Due to the nature of injury, Dr. Cunningham performed two separate surgeries on Cora. The first surgery involved repairing the meniscus tear. Cora had a bucket handle meniscus tear. “The tear was in a part of the meniscus that had very little blood supply, so it was definitely risky. They didn’t have to take away any of my meniscus, which I was so thankful for! They just repaired the tear, and I still have my full meniscus.” After surgery, Cora began rehabbing her knee to get range of motion back, and to ensure that she didn’t lose too much strength in her quad muscle.

Two months after Cora’s first surgery she went in for her second surgery for the ACL and MCL tears. “When Dr. Cunningham went into my knee, he found that the MCL had healed on its own. Since it was only a partial tear, there was a chance that it would heal on its own and I’m so glad it did!” Dr. Cunningham performed an ACL reconstruction using the quad tendon. “The surgery went really smoothly, and since I had already been doing rehab I knew what the coming months were going to look like.”

“Immediately following surgery, there was definitely more pain in my knee compared to the pain after the meniscus surgery.” Cora began physical therapy two weeks after surgery. During those initial stages of rehab, she focused on firing her quad, and getting back range of motion in her knee. “After the first surgery, I had to keep a knee in a brace and my leg was completely locked out. I had been walking around with a straight leg for almost three months, so when I finally got to walk without the brace that was a big deal for me!” 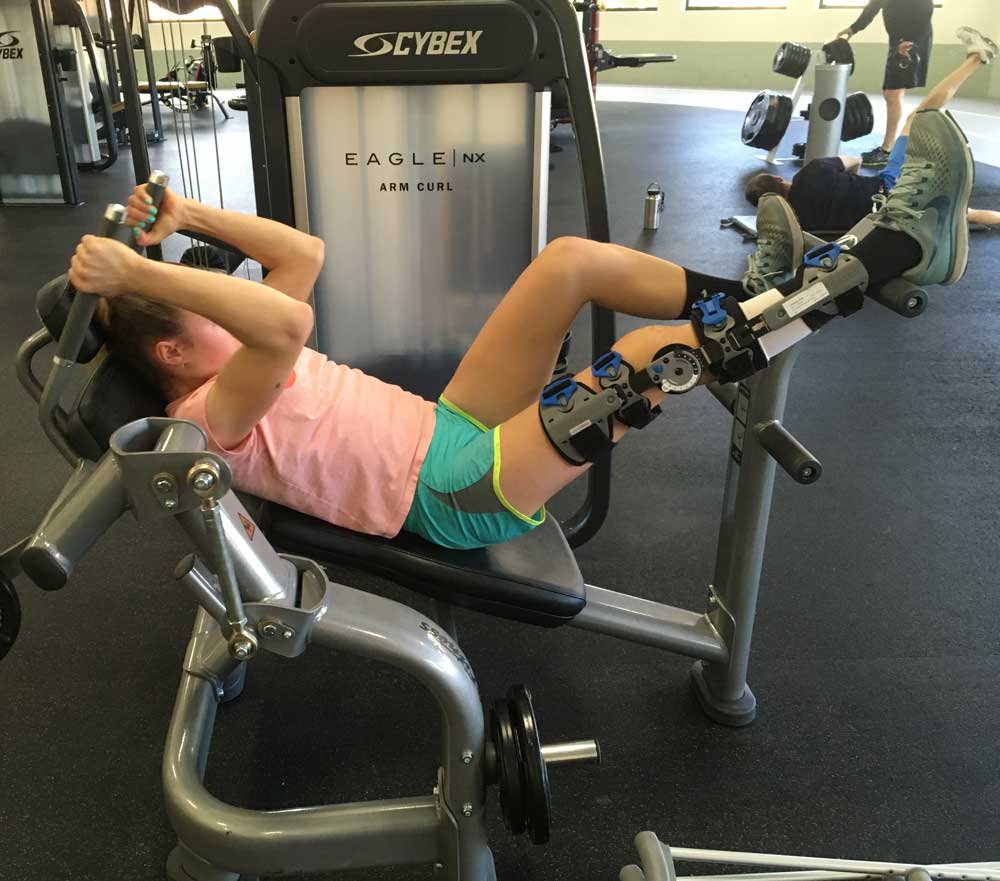 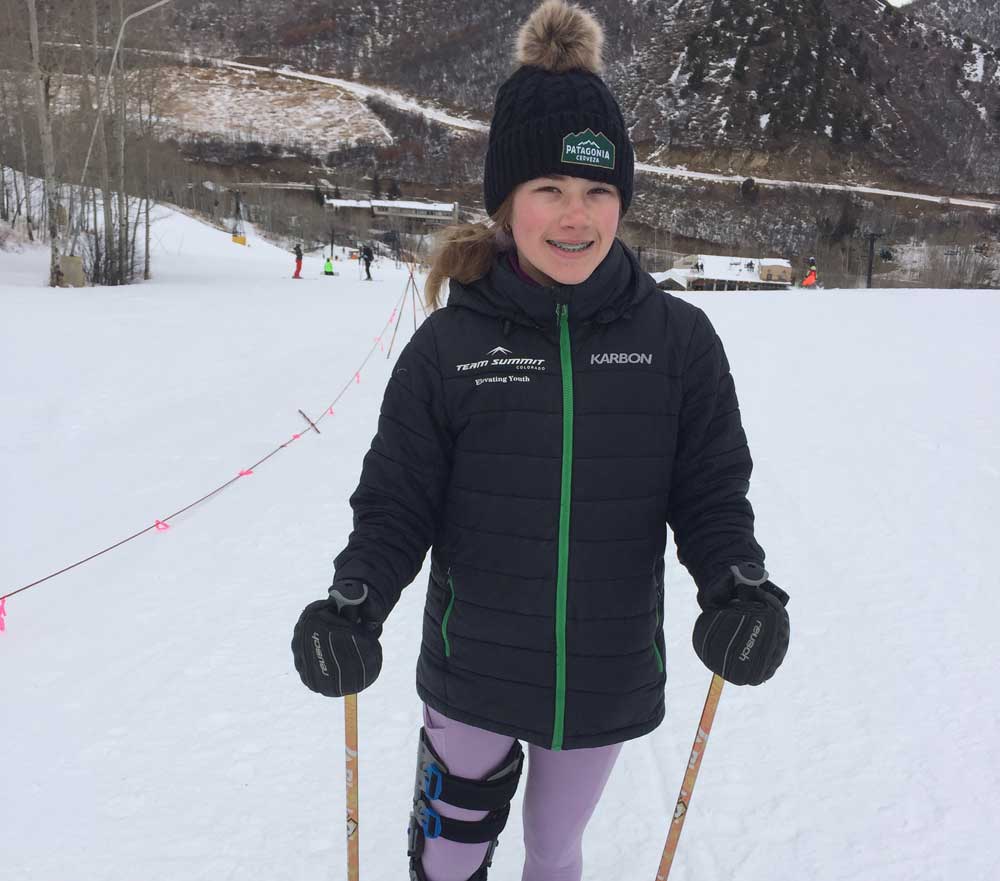 Cora was diligently going to physical therapy and then quarantine hit. “I obviously wasn’t allowed to go into physical therapy when that happened, but I got a TON of PT done at home during that time. I started to get my full range of motion back, and began building my muscle back. I actually worked so hard that my surgical leg ended up being stronger than my non-surgical leg.”

“I am so grateful to Dr. Cunningham and his team. I completely trusted him and knew I was in good hands. He’s one of the best ACL surgeons in the country, so how could you not be in good hands? Not only was Dr. Cunningham so great to work with, but his whole team was super nice, and really encouraging. Any time I had an appointment everyone would ask about my progress and kept encouraging me to keep working at it. I really had a wonderful experience from start to finish.”

“The biggest thing I would say to other people who have gone through, or are about to go through, something similar to what I went through is: I know it feels like the BIGGEST thing in the world, but in the grand scheme of life, it’s just one small hurdle. I would definitely recommend going to see Dr. Cunningham, because he is one of the best. Follow your doctor’s instruction, and don’t deviate on PT. It’s all a part of the process!”

“Another thing that really helped me not to focus just on my knee was that I tried something new. Because a lot of my time was consumed with sports before my injury, I had time to join the jazz band. I was so grateful that I was able to try something new. It definitely helped keep my mind off my knee.”