Emily Walgast Returns to Swimming After Surgery on Both Shoulders

Emily Walgast started swimming competitively in 8th grade. Her stroke of choice was backstroke. She competed in the 100 and 200 yard backstroke throughout highschool and now swims in college at Adams State University. “I always had issues with both of my shoulders during my swimming career,” said Emily. “My symptoms started in high school, and progressed into college.”

During her freshman year of college, she was diagnosed with inflamed shoulder tendonitis in both shoulders. “When I got that diagnosis, my trainers in college suggested physical therapy, and I also began weightlifting. The combination of those two things started to help, and my symptoms began subsiding.” When the swim season came around however, Emily’s symptoms began to flare up again. “I was in a lot of pain. The pain was so severe that I could not sleep at night. I was in a lot of pain.”

In the summer of 2019, Emily stopped strength training. “I couldn’t handle the pain anymore.” Going into her 2019 – 2020 season, she decided to get a cortisone shot in both shoulders. “The cortisone shots worked for awhile, but the pain eventually came back.” Emily and her coaches decided to keep her out of the pool for 2.5 months to let her rest. “During that time, I rode the stationary bike daily, and continued physical therapy to strengthen my shoulders.”

Emily got approval to get back in the pool in November. “In my second to last meet, I had some of my top times, but I was still in so much pain. Everything I did hurt.” Emily decided to get an MRI to see what was really going on. “After the MRI, the physician I saw in Fort Collins told me that I did not need surgery, and to continue doing physical therapy. I was shocked. He essentially told me that I was going to have to live with this pain for the rest of my life.”

“I was definitely in shock when he told me that. Dr. Cunningham was the first person to believe that I was really in a lot of pain. No doctor had really believed me up to that point. I felt like I could really trust Dr. Cunningham. Not only because he has worked on everyone in my family, but I know he also works on a lot of athletes. He knew that I wanted to get back to my sport, and the activities I love — not to mention just being able to sleep — and I knew he could get me back to those things. He really took the time to explain exactly what was going on, and what the recovery would look like. I had very clear expectations going into the whole process. I completely trusted Dr. Cunningham.”

After her diagnosis, Dr. Cunningham’s team told her that they had an unexpected opening for surgery the next day. “Wow! Not sure if I was totally ready to have surgery the next day, but I decided to move forward with it, because I was ultimately going to need surgery in both shoulders, and I knew it would be best not to delay.” 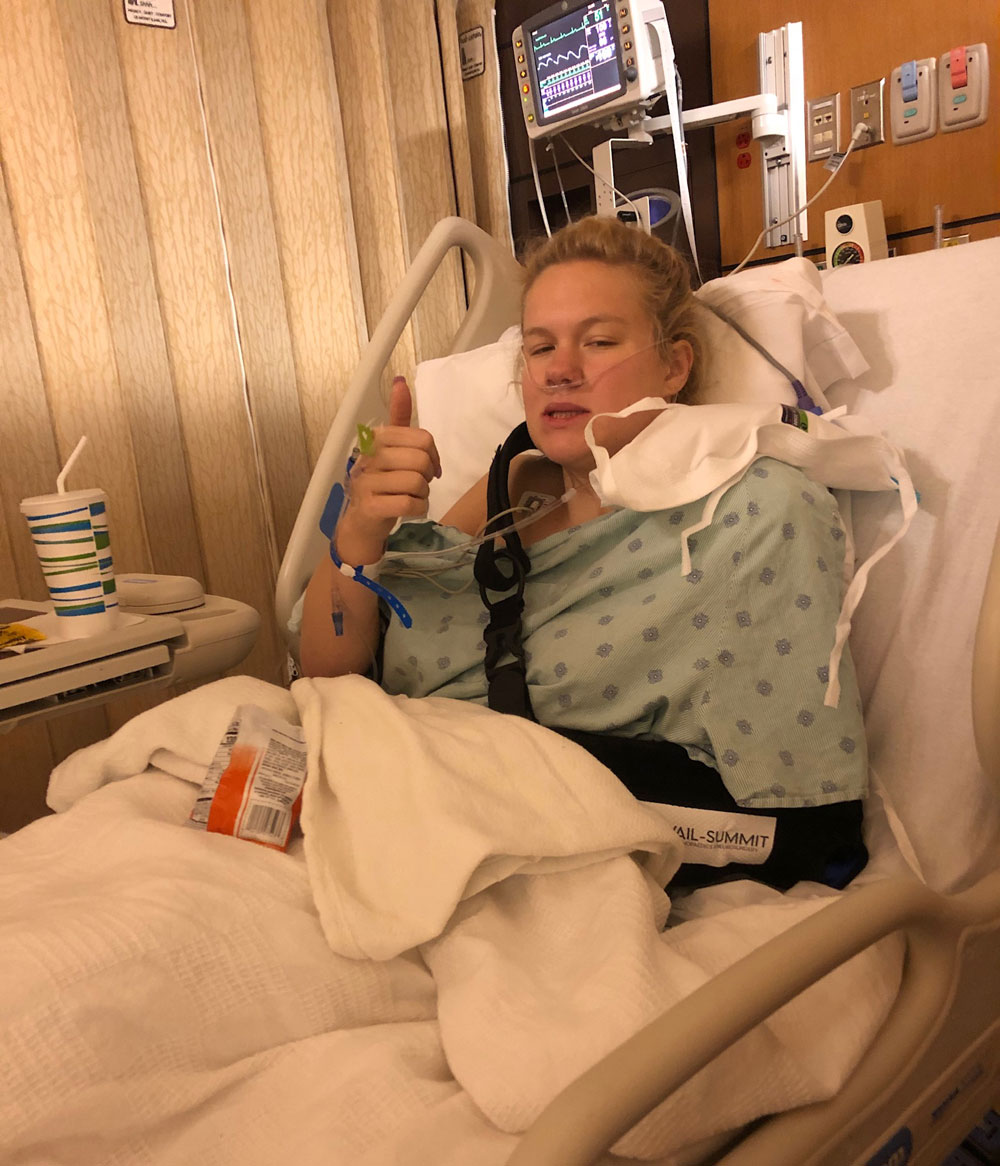 In January, 2020 Emily went in for surgery on her left shoulder. “I was nervous. This was my first major surgery. All of Dr. Cunningham’s team made me feel at ease, and I knew I was in good hands.” Dr. Cunningham performed a minimally invasive arthroscopic procedure in which he tightened all of the stretched out ligaments in Emily’s left shoulder.

“The physical therapy process was tough for me — not only physically, but mentally. Previously, I was the strongest member on the swim team, and after surgery I could barely lift anything. Usually I could do 160 pounds lat pull-downs, and I could barely pull down 10 pounds during the beginning of my physical therapy. It was upsetting at times, but I knew I needed to take it one day at a time.”

“Advice I would give individuals who have gone through a similar injury as mine: it gets better! The pain will improve, and you will get through this process one day at a time.”

“I am so thankful to Dr. Cunningham and the whole Cunningham team for getting me back to the activities I love, and just getting my overall quality of life back. Living a pain free life is awesome! I am forever grateful!” 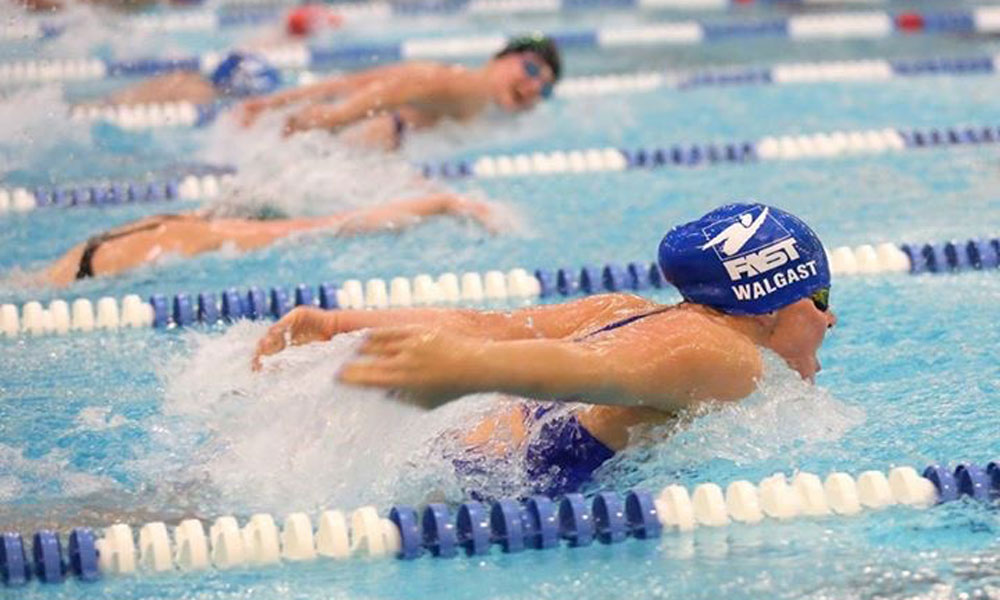